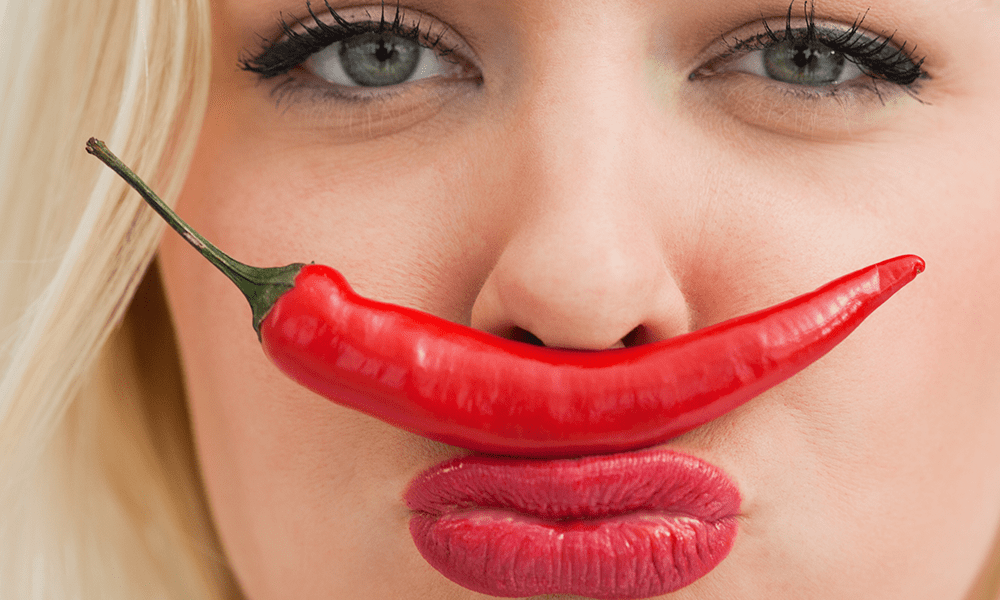 Dr. Caballero is now offering TeleHealth video appointments for patients who prefer not to visit the office.

Video appointments are available regardless of which state you live in.

TeleHealth appointments are fully reimbursable by all insurance plans during the COVID-19 crisis (standard copay and deductibles still apply).

If you’d like to schedule a TeleHealth video appointment please do so by calling the office 847 655-7442.

Have you heard that red pepper is good for your sinuses? Many sources swear that it’s true. The health and wellness website Earthlink, for example, says you can treat a sinus infection by snorting red pepper powder or by swabbing the inside of your nose with a cotton swab dipped in pepper. Livestrong.com says that drinking red pepper tea or swallowing pepper capsules will clear up a sinus infection. And Amazon.com lists no less than a half dozen brands of hot pepper nasal spray including Sinus Plumber, Sinus Buster, and Sin Ol.

The general consensus on the internet is that pepper fights sinus problems by increasing blood flow, breaking up mucous, and killing infectious bacteria. This may sound crazy but what does science say? Is red pepper really good for your sinuses?

What’s wrong with your nose? (The difference between a sinus infection and a runny nose.)

Before we look at what happens when you put red pepper up your nose, we need to explain the difference between sinusitis and rhinitis. This is not a trivial question because people easily confuse sinus infections with allergies with other conditions that can cause nasal congestion. It turns out that red pepper can help with some of these conditions but not with others.

Sinusitis (commonly called a sinus infection) is a condition affecting the paranasal sinuses, the hollow cavities deep inside the bones in your face. When mucus clogs the drainage pathways to these cavities, bacteria can grow and cause inflammation, fever, and facial pain and pressure. When these symptoms occur for longer than three months this condition is considered to be chronic sinusitus.

Rhinitis is a condition affecting your nose which causes sneezing, runny nose, post nasal drip and nasal congestion. There are two main types of rhinitis: allergic and non-allergic. Allergic rhinitis occurs when the membranes lining the nose are exposed to allergens. Non-allergic rhinitis has no infectious cause but rather is triggered by an irritant such as smoking, acid reflux, or certain drugs.

Red pepper is not a chronic sinusitis cure

Now that we can distinguish between these two important conditions let’s talk about the role of red pepper in treating them.

As noted above, two benefits frequently attributed to red pepper are increased blood flow and improved mucous flow. Increasing blood flow by itself would have little effect on a chronic sinus condition. Improving mucus flow could help reduce clogging of the sinus pathways that contribute to bacterial growth. However, I couldn’t find any peer reviewed scientific evidence that proves red pepper is capable of activating either of these proposed mechanisms.

Pepper is also claimed to be antibacterial and there is some evidence that it kills Streptococcus pyogenes, a common cause of acute bacterial sinusitis. One laboratory study published in the journal Frontiers in Microbiology showed that at a concentration of 128 micrograms/per milliliter, pepper extract effectively inhibited the growth of strep. However, this concentration is almost 30 times higher than what is typically used in nasal sprays. Snorting pepper powder could deliver a higher dose but the pepper particles will only contact the lining of the nose and will not reach deep into the sinuses to fight chronic sinus inflammation.

To put it simply, there doesn’t appear to be any mechanism to explain how red pepper could fight sinus infections. However it does appear that there is a way by which red pepper can help certain types of rhinitis. Here’s how it could work. 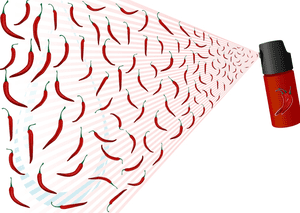 The ingredient that makes peppers taste hot is capsaicin which is the common name for the compound 8-methyl-N-vanillyl-6-nonenamide. It is the active component of chili peppers and other plants of the genus capsicum. (Some sources use these terms capsaicin and capsicum interchangeably which is technically incorrect.) Capsaicin generates the feeling of heat on your tongue although the sensation is caused by chemical stimulation of the nerve endings rather than an actual increase in temperature. This so called “heat” is measured in units called Scovilles. According to the American Chemical Society, the benign bell pepper is rated at 100 scovilles, the hot-ish jalapeno at about 10,000 units and the scorching scotch bonnet pepper at up to 1 million.

In addition to being able to spice up your chili, capsaicin has a unique property which makes it useful as a therapeutic agent. When it irritates nerve endings the neurons that are triggered won’t respond any further stimuli for a fairly lengthy period of time called known as the refractory period. During this refractory period sensations are deadened because the nerve endings are less responsive. This same inhibitory effect can also reduce the symptoms of idiopathic rhinitis by reducing nasal hyper-reactivity. However, it is important to note that capsaicin has not been shown to be effective against allergic or inflammatory rhinitis.

The efficacy of this theoretical mechanism appears to be backed up by real life studies. A randomized, double-blind, placebo controlled study published in Annals of Allergy, Asthma & Immunology compared capsaicin nasal spray with a saline placebo spray. Subjects used the sprays “continuously” over a period of 2 weeks and results showed a significant reduction in total nasal symptom scores. Another placebo controlled study showed a reduction in overall nasal symptoms, rhinorrhea and nasal blockage.

We know that spicy hot pepper foods can have a negative impact on your skin (by contributing to rosacea) and on your digestive system (by contributing to acid reflux.) So does snorting pepper do anything bad to your nose? It depends on the dosage and the frequency of use. A study published in x concluded that “intranasal capsaicin seems safe to use and that five treatments of capsaicin on a single day is at least as effective as five treatments of capsaicin in 2 weeks.” Another study published in Clinical & Experimental Allergy evaluated nasal cells after 9 months of daily or every other day usage of capsaicin and didn’t find any abnormalities.

What does this mean for you?

The scientific consensus is that, when used properly, red pepper may be helpful in treating certain types of rhinitis but not other sinus conditions. To understand the true cause of your symptoms and to find out if you’re a good candidate for capsicum therapy, please schedule a consultation with Dr. Caballero, a sinus specialist at Advanced Sinus and Allergy Center.

Call (847) 655-7442 or click the Request Appointment button at the top of this page to schedule time with Dr. Caballero at her Park Ridge IL (northwest Chicago area) office. 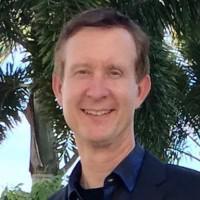 Randy Schueller Randy is Director of Operations for Advanced Sinus and Allergy Center. He has over 30 years experience in Research and Development and is a member of the National Association of Science Writers. 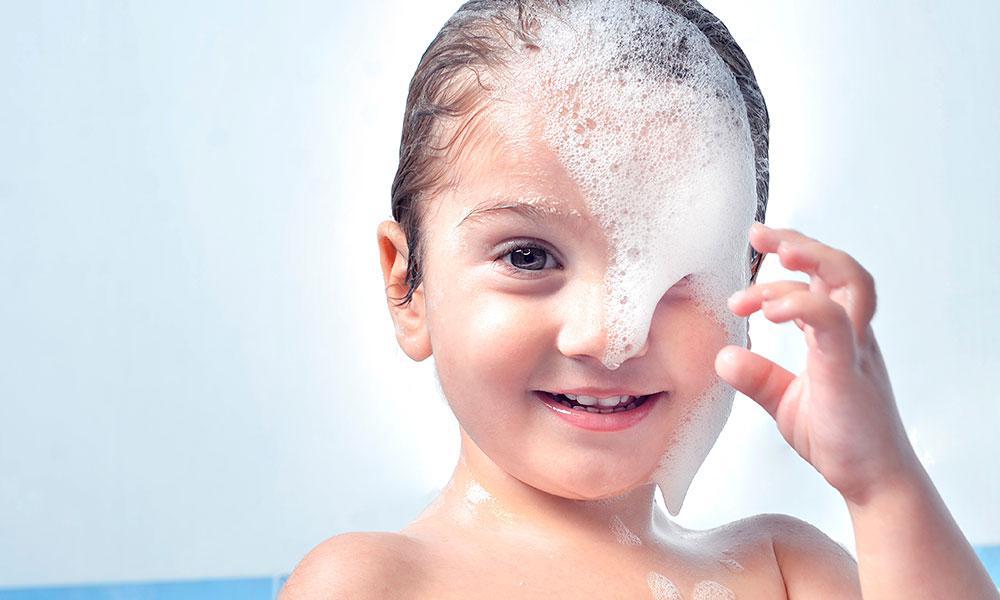 Can snorting baby shampoo as a nasal rinse prevent Covid?

Injecting bleach, taking a hot bath, and laying out in the sun have all been falsely touted as treatments for Covid. Surprisingly, science has shown that rinsing your nose with baby shampoo may be an effective way to prevent the spread of the disease. 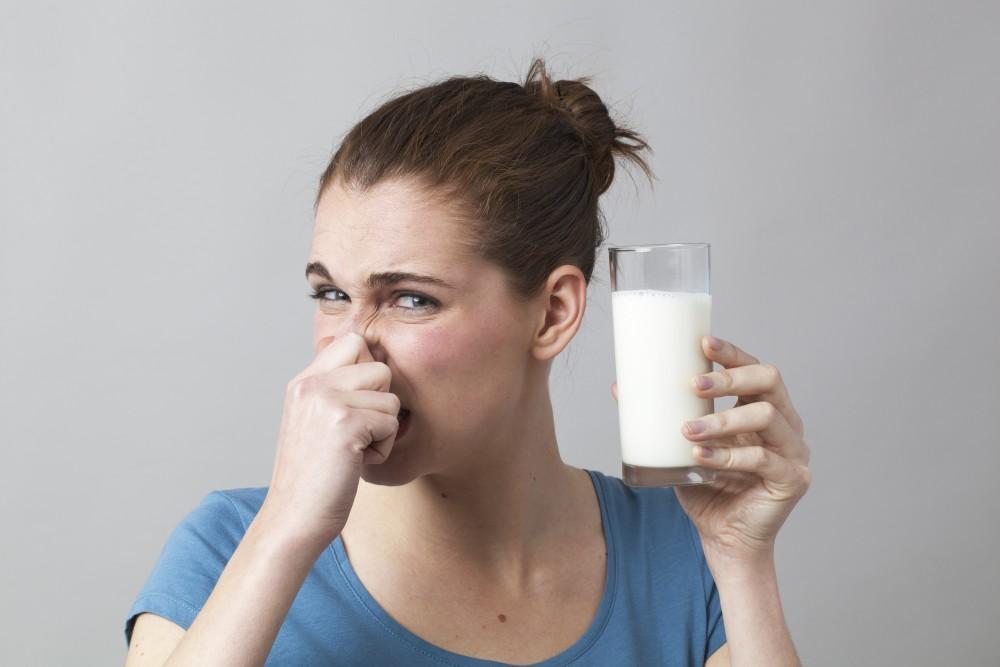 Do you have trouble breathing? Maybe you should drink more milk. Medical researchers have discovered that vitamin D deficiency can result in nasal polyps which can cause nasal obstruction and make breathing more difficult.) READ MORE… 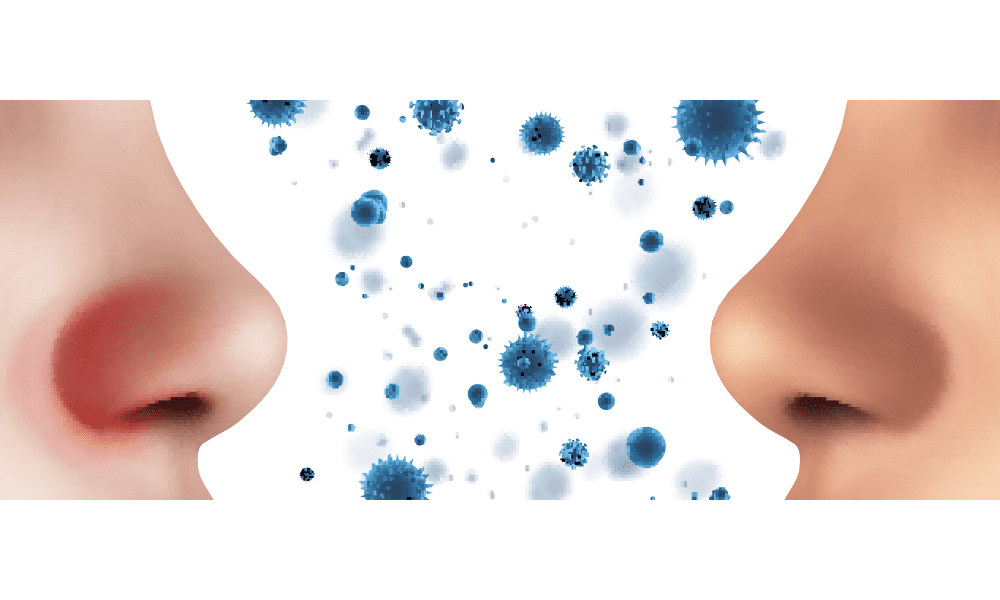 Do I have allergies or coronavirus?

This spring you might be wondering if your runny nose is caused by seasonal allergies or the Coronavirus. A telehealth consultation with Dr. Caballero can help identify the cause of your symptoms and put your mind at ease. READ MORE… 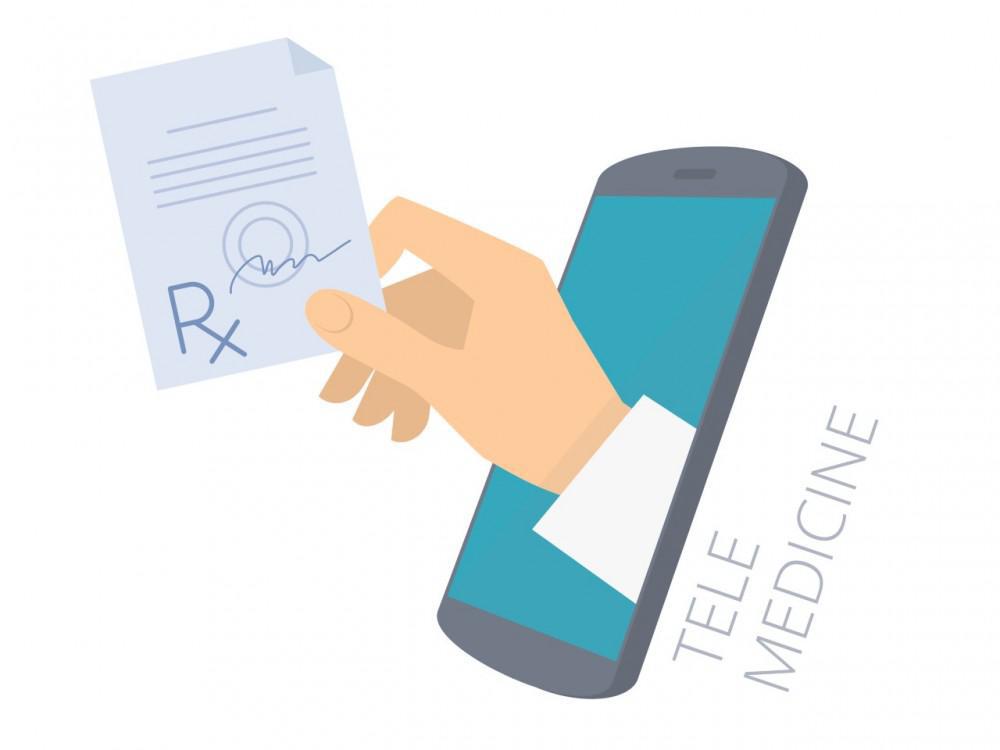 Regardless of which state you live in, you can now schedule a video visit with Dr. Caballero for sinus issues, respiratory allergies, and other breathing problems. READ MORE... 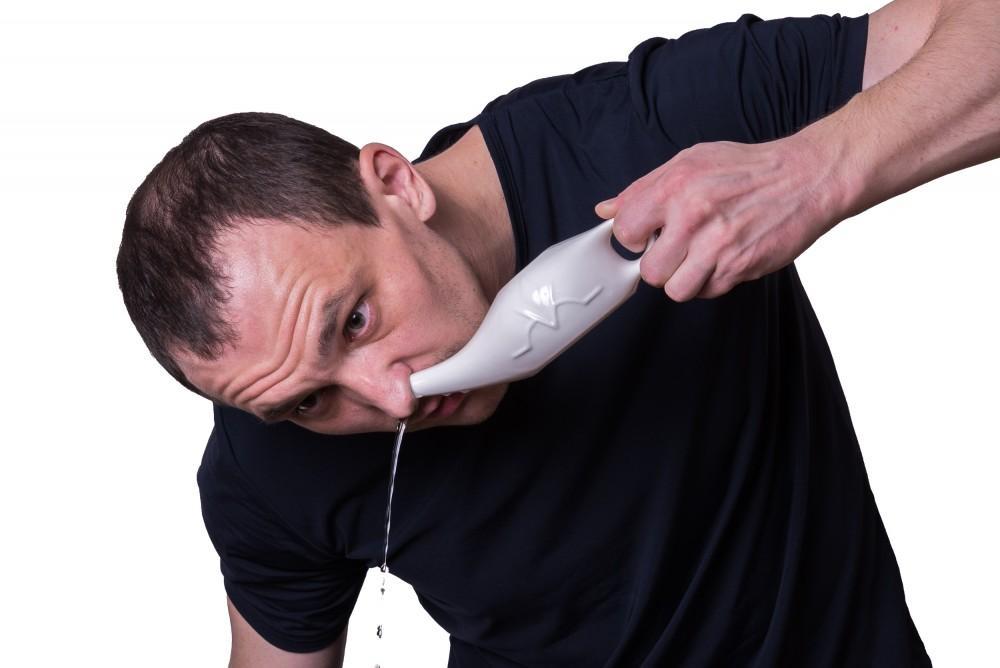 Was Oprah right about the Neti pot for sinus rinsing?

Oprah (and Dr. Oz) recommend using the Neti pot for irrigating the nasal sinuses. Why is rinsing the sinuses so beneficial for nasal congestion? READ MORE... 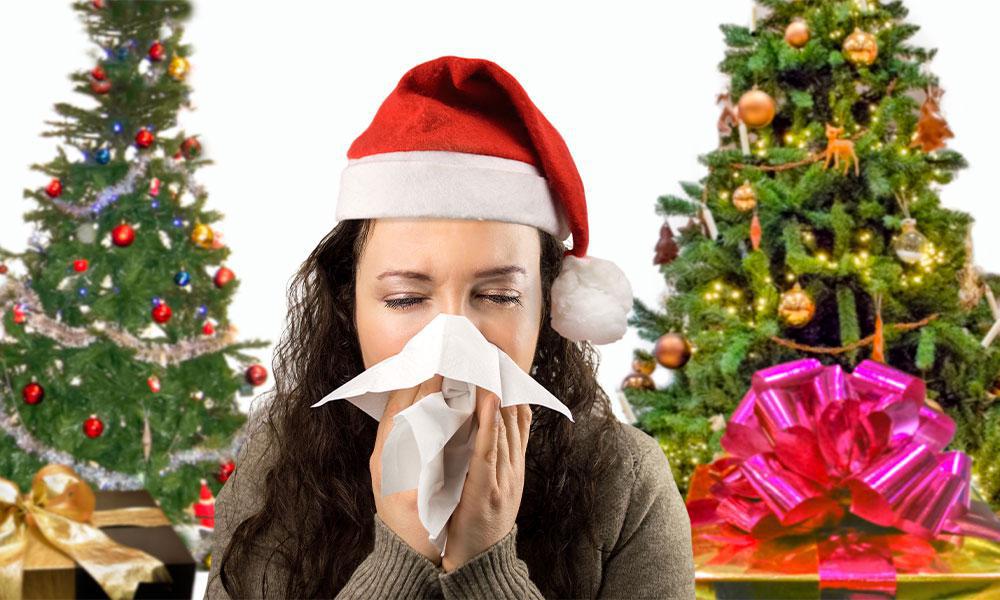 What is a Christmas tree allergy?

Does your nose get as red as Rudolph's during the holiday season? You may be suffering from what is loosely termed a "Christmas tree allergy." READ MORE...